Pagani Huayra spotted! Our jaws dropped at the Irvine Spectrum in June 2013. Why is this car so special? It’s a million + dollar Italian supercar! Yes, that’s right. $1.3 million dollars to own this bad boy. Truly a once in a lifetime moment to see a Huayra in person. It’s the only Huayra in the U.S. right now. We noticed a temporary permit in the front seat. The plates are Saudi Arabian. Comments from others who have seen it say that it came from Dubai. I watched the hashtag #Huayra closely on Twitter and Instagram and read tweets that this very car came off a delivery truck in Singapore and was transported to the U.S. in late May 2013. Photos were posted of this rare beauty while parked in Beverly Hills and was spotted all over Los Angeles, Newport Beach and then, I was lucky enough to encounter it in Irvine. It’s incredible to track this exact vehicle. We know it’s the exact vehicle not only because it’s THE ONLY Huayra in the U.S., but you can’t miss this exotic black and white masterpiece. Heads were turning like crazy at the Irvine Spectrum valet that evening. It was quite the spectacle. The lineup was gorgeous all around that night too. Poor Bentley with suicide doors and Mercedes SLS weren’t getting any attention this night. That’s kind of sad because I’d normally drool over those cars but this one? So special. 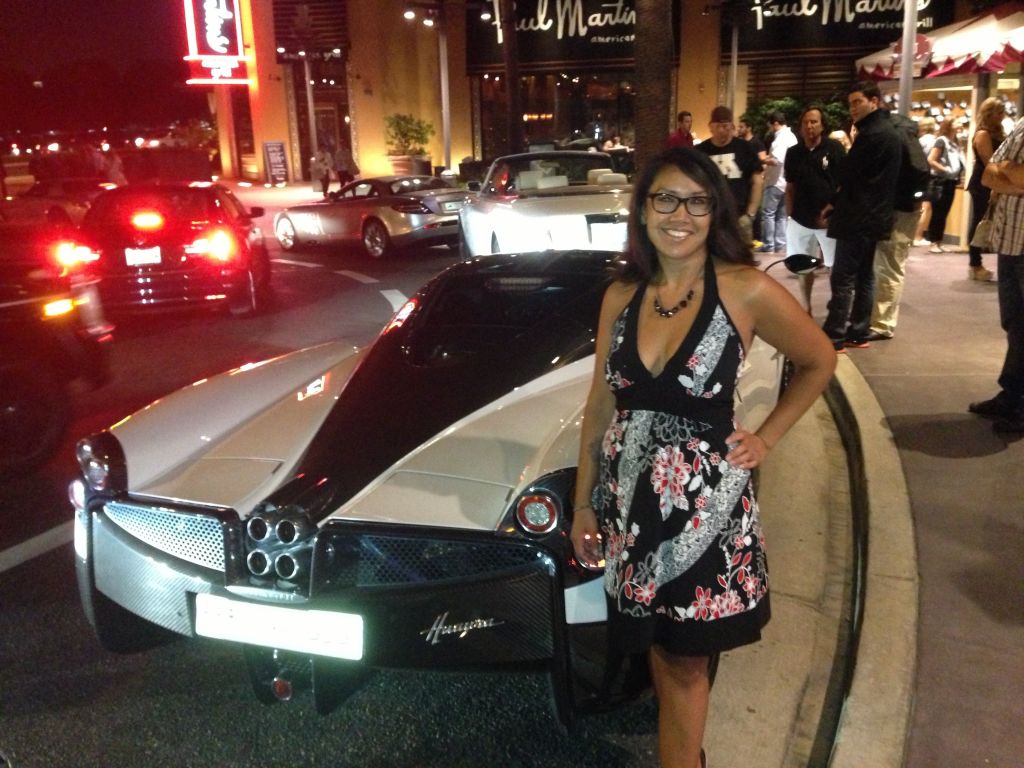 Update: According to AutoGeSpot, the Huayra is now in London as of July 16, 2013. Goodbye Pagani Huayra. We’ll miss you.