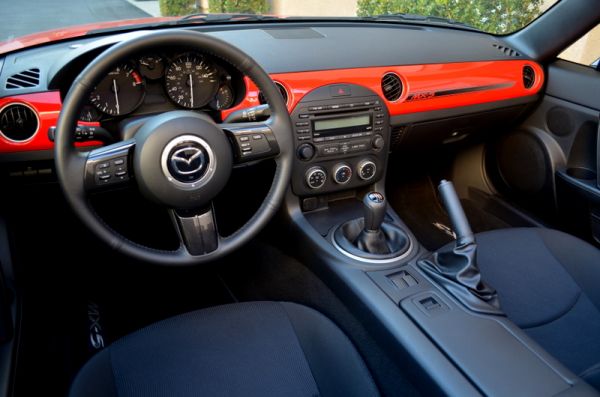 The last time I drove a Miata it was 1991. My High School friend Ian had borrowed his parent’s brand new white Miata MX-5 (they only came in red, white and blue back then) and we decided to drive it around aimlessly for the day. I was hugely impressed with how light and agile it felt and was mesmerized that any vehicle could grip the road so tenaciously yet always maintain a sense of fluidity. It may very well have been the first time I had real “fun” in a car.

So when I was offered a week to test the 2014 Mazda Miata MX-5 in soft top club trim, I jumped at the chance to get back in a vehicle that already equates with pure driving bliss in my mind. This has remained true through each new generation of Miata each of which I have somehow managed to spend considerable behind the wheel time. If you think about it, there really is no point to the MX-5 other than to make your journey more fun. This has always been true and from the looks of the newly unveiled next generation model it will remain so.

An MX-5 roadster does not exist to make your drive more luxurious or feel shorter. It exists to make you feel alive by allowing you to feel the sensation of actual movement in the “motoring outdoors.” That is the gift of this simple yet unfathomably unbeatable roadster. Seriously, you would think after all of this time someone would have copied Mazda’s formula successfully but no. Mazda is also just brilliantly wacky enough to offer it with a folding metal hardtop with virtually no drawbacks. Again, competition, pay attention! 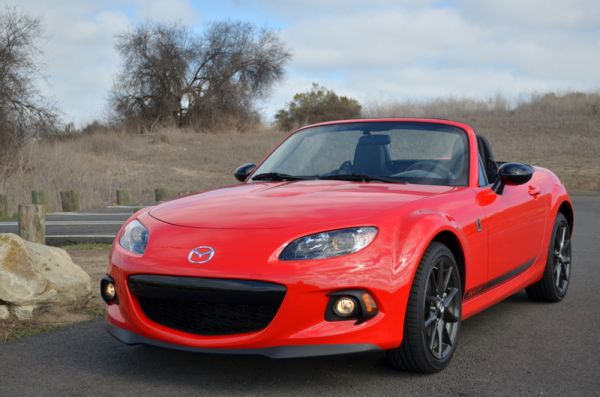 First off, the 2.0 liter 167 horsepower/158 pound feet of torque 4-cylinder found in the 2014 Mazda Miata MX-5 is a growling and highly visceral beast. It definitely feels faster than 0-60 times suggest as the handling, steering and sense of fluidity all work in such robust harmony that you would be having no more fun in a sports car with 500 horsepower.

In all honesty, however, outright pace is not the point of the Miata. The first generation was about light weight, simplicity and didn’t have much beyond 100 horsepower. But boy did it love to rev. While the 2014 model stands decently in the acceleration stakes, a fuel efficiency rating of 22 city/28 highway is nothing to sneeze at, not by any measure. 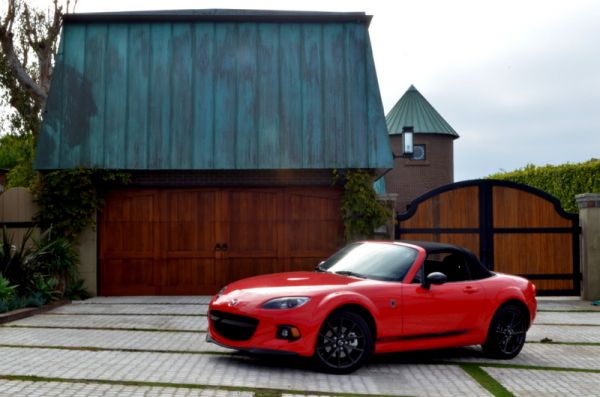 The 2014 Mazda Miata, of course, still handles brilliantly thanks to the perfect 50/50 weight distribution and suspension calibration magic that has been baked into this package since the beginning. The steering, while a little bit lighter than I remember in the original, still graces this little roadster with more feedback than you get from most sports cars at twice the price. The steering wheel is also perfectly shaped and the shift knob is just the right distance for that perfect “old-school” sports car feel. They really don’t make them like this anymore and that’s a shame. Barring the 2015 model, of course.

Given its still very affordable price, low running costs and highly sporting nature it is no wonder that the Miata is still such a hot seller even today. Not many sports cars have had as long a shelf life as the Miata and that is because of only one thing. They got it right the first time. And the second, and the third… 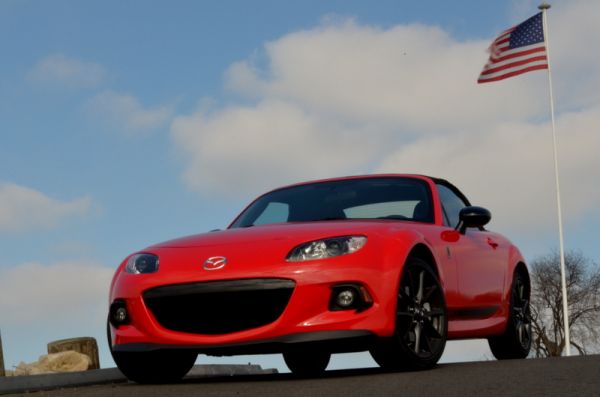 – Last chance to buy this bodystyle before new model launches!

– Affordable, fuel efficient and attainable for most Americans

– Balanced handling and perfect manual gearbox are why we drive cars

– Because a Camry won’t feed your soul 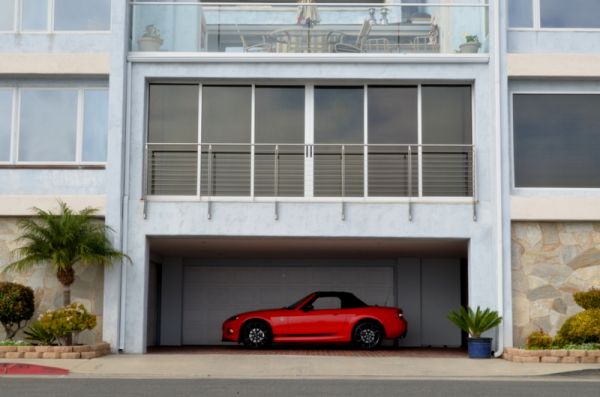