The Kia Forte Koup has always been a sporty and sexy little two door, albeit one with a rather funny name that makes us think of the overthrow of a South American dictator. Do note, however, that the car reviewed here is pronounced “coupe” and not “coup” as the odd spelling of Koup might suggest. Beyond its name, the 2015 Kia Forte Koup SX Turbo we recently had the pleasure of driving for a week showed that with its recent total redesign came a newfound sportiness to go with the always head turning good looks. 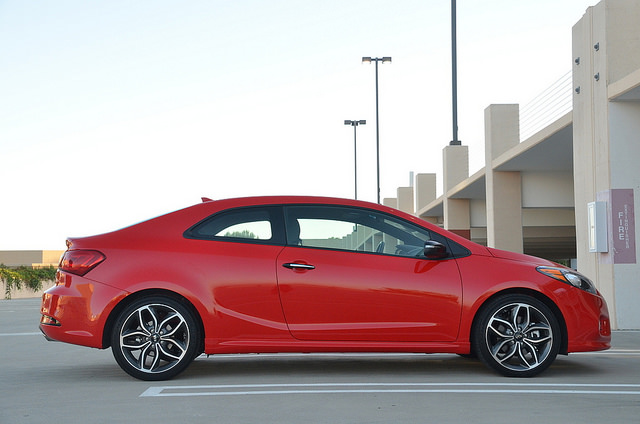 We had tested the last generation Forte SX which did not have either the new 1.6 liter 201 horsepower/195 lb. feet of torque turbocharged 4-cylinder or the amazingly snappy to use six-speed manual gearbox. What do we mean by snappy? Well, it may lack the laser sharp focus of the six-speed in a 2014 Honda Civic Si but clutch engagement is smooth and easy to modulate while rowing through the gears is something even a novice could figure out in no time. 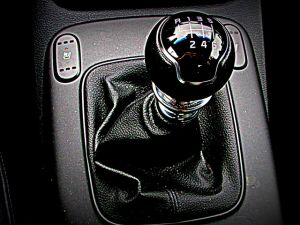 Add to this the turbo motor’s willingness to fork over power seemingly at any engine speed and you have a coupe that finally makes a compelling alternative choice for those who only would previously consider the aforementioned Civic Si or the Volkswagen GTI. And while those two vehicles may be more laser focused on the sporting end of things, the 2014 Forte Koup SX Turbo fills a sort of middle ground by also excelling as a very relaxing cruiser. It may not beat those two legends in a slalom course or on a race track but we just might prefer to drive the little Kia home thanks to its myriad creature comforts and impressive refinement.

Fuel economy estimates are 22 city/29 highway and we averaged 24.3 miles per gallon over a week of driving the car with heavy right feet. The fuel tank is a decent 13.2 gallons so cruising distances should prove sufficient for most people. As for the 13.3 cubic foot trunk, well, if you need something bigger might we recommend you look at something in an SUV? Or perhaps stop using your trunk as an example to use when you send in your application video to the TV show “Hoarders.” 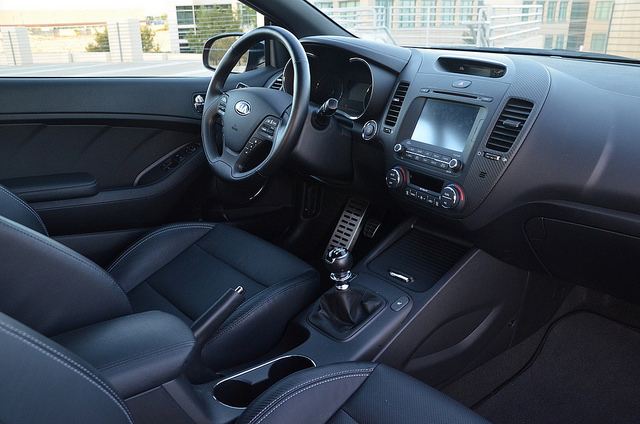 What’s it Like to Drive the 2015 Kia Forte Koup SX Turbo for a Week?

Driven in isolation, the 2015 Kia Forte Koup SX will easily please any enthusiastic driver who doesn’t always keep pushing the car at 10/10ths of its capabilities. Unfortunately shortly before we tested the handsome Kia we had a similarly red Civic Si which is a razor sharp tool that revels in being pushed harder and harder almost demanding weekend track visits as a result of its capabilities. But in that car you have to work the gearbox harder to get power than you do in the immensely flexible Forte Koup Turbo. The Kia also has the smoother ride and is quieter at a cruise than the Honda.

So did this fact detract from our week with the 2015 Kia Forte Koup Turbo SX? Abso-frickin-lutely not. It’s easy to chirp the front tires from a stop even in second and in first you can leave a nice patch of rubber behind you. That may also have something to do with the Kumho tires fitted to our tester which weren’t the last word in grip so perhaps once you wear out that first set look into a more performance oriented tire to better complement the sharp handling and steering. Kia could do a little work on suspension control as a few times over severe bumps or road irregularities it could get caught out by responding with less control than we like to see.

We love Kia’s lineup of cars, sport coupes and SUVs with nary a loser in the bunch. If you are looking for a fast, sporty, sexy, affordable, fun to drive, roomy and fuel efficient two door the 2015 Kia Forte Koup SX Turbo is an excellent choice. We recommend you buy it in red. 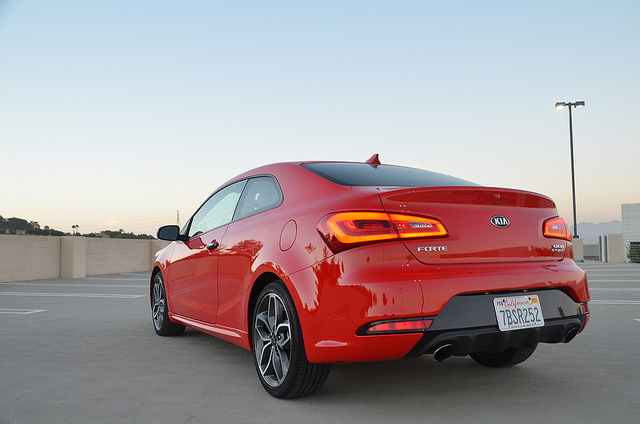 – The six-speed manual is the best yet from Kia