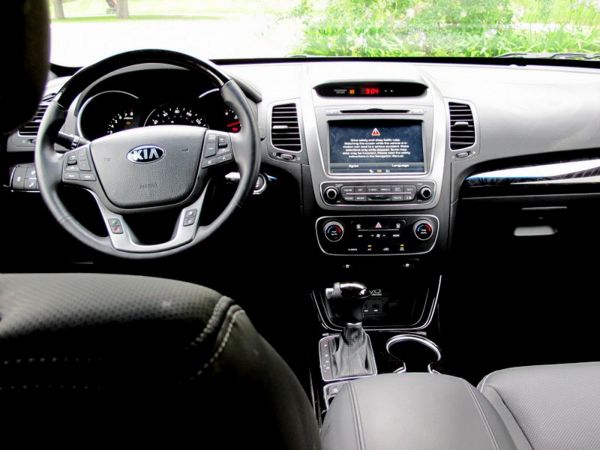 First off, let’s get beyond the whole notion that Kias need to be ridiculously inexpensive in order to be appealing as new car purchases. How do we know that Kia can sell cars merely based on the merit of their design, build and engineering excellence? Well, all it took was about five minutes behind the wheel of a 2014 Kia Sorento SX-V6 AWD to see that the sky is the limit for this South Korean automaker. Why else would they be dipping their toe in Lexus territory with their new K900 luxury sedan?

Remarkably, over the course of our week with this vehicle we realized that it had everything that makes SUVs like the Acura MDX so indispensable to families yet it still cost at least $10,000 less. Yes, dear readers, our fully loaded 2014 Kia Sorento SX did max out at the $40,000 mark but that included nappa leather, a full panoramic sunroof, heated front seats, rear seats and steering wheel, Infinity premium audio, cooled front seats, automatic climate control, phat chrome alloys three rows of seats (the last row best for kids), navigation and the proverbial kitchen sink. 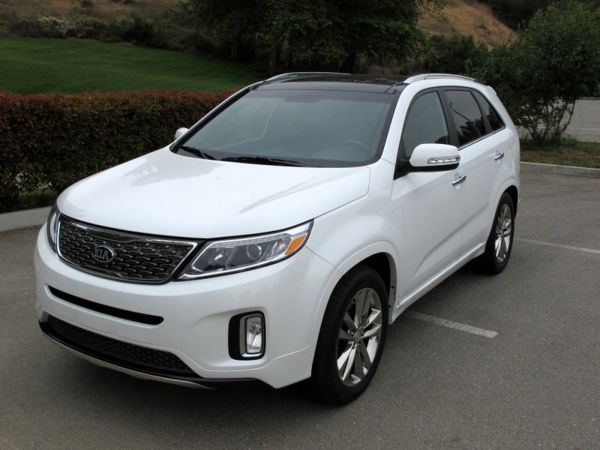 This 7-passenger SUV is the absolute perfect size-not too big and not too small. Yes, you can actually drive a 2014 Sorento around cramped local mall parking lots and into poorly designed fast food drive-thru lanes without worrying about hitting a curb. Buying a Chevy Tahoe sized SUV when you can have something the size of a 2014 Sorento seems like vulgar excess in a time when people are supposedly more aware of the environment and our ever precarious economy. The 2014 Kia Sorento looks expensive and if it had an Audi logo on the hood it would no doubt cost twice as much.

Cargo volume is also very impressive in the 2014 Kia Sorento with 37 cubic feet behind the second row and a whopping 72.5 cubic feet behind the driver and passenger seats. The interior of the 2014 Sorento is also blessed with a multitude of cargo slots, consoles and cubbies all designed to help you store (and then forget where you put) all of your “essential” junk.

The top of the line Sorento SX comes standard with a 3.5 liter 276 horsepower/248 lb. feet of torque V6 is truly the star of the show here thanks in no small part to the seamless work of Kia’s excellent 6-speed automatic. Power from this motor is plentiful at all speeds and at high revs it makes an aurally pleasing bark that is reminiscent of a Honda V6. High praise, indeed.

The steering is light for parking lot maneuvers but weights up nicely as you drive around town. Body roll, while still evident due to the laws of SUVs and physics, is kept to a minimum so that you might even find yourself looking forward to that winding, mountainous trek to Grandma’s house. SUVs are rarely fun to drive and the 2014 Kia Sorento SX is pretty darn fun to drive. 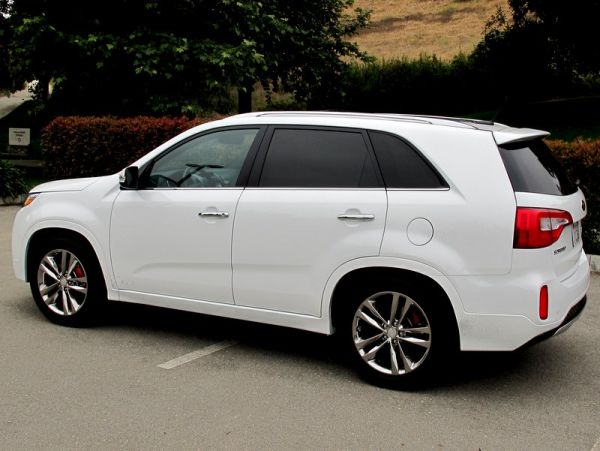 – It’s not too big and not too small, it’s sized just right
– The V6 engine is a smooth and powerful gem
– It’s stylish
– In SX trim it comes with every automotive feature known to man
– That 10 year powertrain warranty adds peace of mind 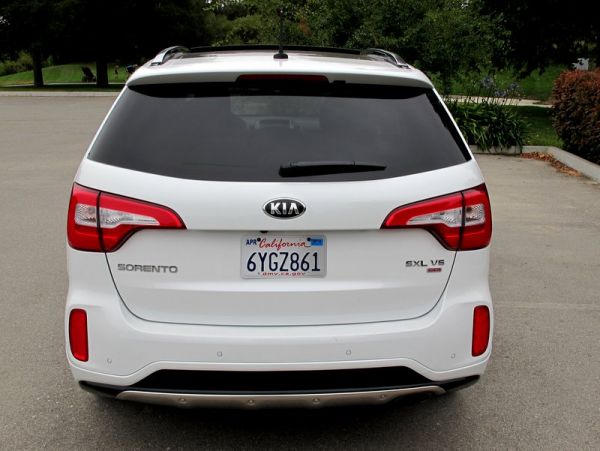 All Photos by James Hamel