The full-sized van is alive and well in the U.S.A.

No one does a better job of selling the full-sized van than Ford. The E-Series is the best-selling vehicle in its class for the past 30 years. With a basic design that dates back to 1992, it was time for a change. 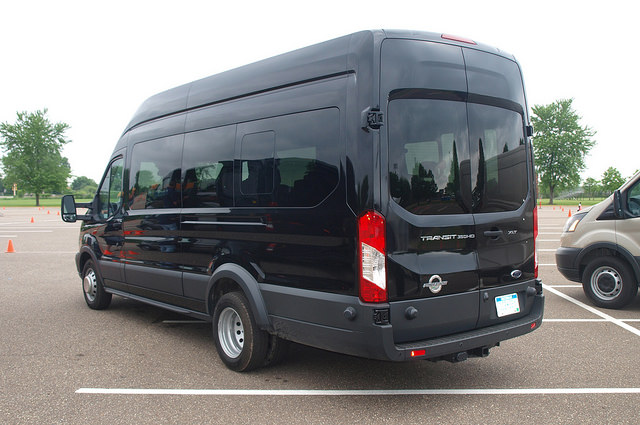 Enter the new 2015 Ford Transit. Ford took the opportunity to create one full-sized van to sell worldwide. Transit had been the best-seller in various parts of the world for as long as it has been on sale – almost 50 years. The Transit is a European-style van that is offered in three body lengths, two wheelbases, three roof heights, three engines – including a diesel and a FlexFuel option – and the ultimate choice of going with a cargo van, a passenger van, a cab/chassis or a cutaway model. In all, Ford states there are 58 different configurations for the Transit.

This is indeed good news. Ford endured selling millions of basic body-on-frame vans for many different kinds of customers over the past 50 or so years. Did you know it was also the best selling passenger van until the advent of the minivan? At every turn, the E-Series represented the
best in American vans for the past five decades.

Then, DaimlerChrysler introduced the Sprinter to these shores. It was the ultimate goal of then then-“merger of equals” to introduce a new kind of full-sized van to a market used to one roof height and one way of building vans. Daimler AG still sells their van here – in Mercedes-Benz and Freightliner versions – showing still how a van could be sold to the same businesses that had fleets of E-Series/Econolines. The Chrysler side of the former merger has introduced their answer to the Sprinter – the Ram ProMaster, also sold as the Fiat Ducato elsewhere in the world.

Ford had been selling such a van to markets outside of the USA and Canada. It was also called the Transit. Ford cornered these markets with millions of the kind since the mid-1960s. The name stuck when Ford decided to end E-Series production for a brand new version of this global best-seller.

The Transit represents a completely new van for their loyal customers. It is now built as a unibody, with high grade boron steel as part of the shell construction. Ford kept it rear-wheel drive with new style rear leaf springs that are taut from the get go. Many new production techniques were introduced to Ford’s Kansas City assembly plant to make the Transit very desirable for E-Series and Econoline owners.

Has Ford done it? Did they make a van worthy of the legacy of the E-Series and Econoline for this market?

I wound up driving three different versions of the new Transit. The low-roof, regular wheelbase van had the 3.7liter V6 under its hood. The engine could take either regular gasoline, E85 Ethanol, or a mix of the two. This is also the only engine you could opt to fuel up with Compressed Natural Gas or Liquid Propane Gas. 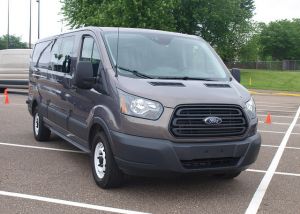 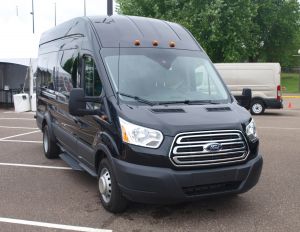 If you have operated an E-Series or Econoline, this one will make you forget they even existed. In the smallest configuration, it is nimble and maneuverable. The van was driven on a closed course with several obstacles to try the van’s strengths. The regular wheelbase model did very well, even clearing a tight left-hander on a narrow strip, as well as conquering the turning radius test. Yet, I would assume that this will not be the most typical configuration sold to fleets and businesses. It is spacious in the cargo hold, but the promise of three roof heights made this configuration a novel one. Perhaps at least a medium roof height would work here on this wheelbase for a plumber or appliance repair person to work better.

Another van we drove was a long wheelbase, long body low roof model with the 3.5liter Ecoboost twin-turbocharged V6. The engine is from the F-150 pickup providing the most torque and power in the lineup. The performance was fine and the vehicle was quite stable. However, its lone wheelbase made tight maneuvers a bit of a chore for a novice van driver like me.

This is actually the exact configuration equal to a U-Haul van – currently the E-Series. My $19.95-a-day would be worth renting a Transit long wheelbase, regular roof for the next move across town. Again, the promise of a choice of roof heights makes even the low roof less worthy. At this wheelbase and length, I would expect major firms to get even a high roof for a better workspace or delivery vehicle.

The third Transit driven was the wagon. Our extended length, dual-rear-wheel, high roof XLT Wagon came with five rows of seating, accommodating up to 15 passengers. Under the hood is Ford’s Power Stroke 3.2liter turbocharged five-cylinder diesel, perhaps the most flexible of all of the engines available in the Transit lineup. You could also fuel this engine with B20 Biodiesel.

Having lived in airport shuttles, this is absolutely the best one on the market. This is a dream ride – five rows of passenger space with an aisle splitting the second through fourth rows up – one seat on the passenger’s side, two on the driver’s side. With the high roof, I would easily walk down the aisle and get into my seat without hurting anyone. Each seat has a recline feature with its own seatbelt ready for them to wear. 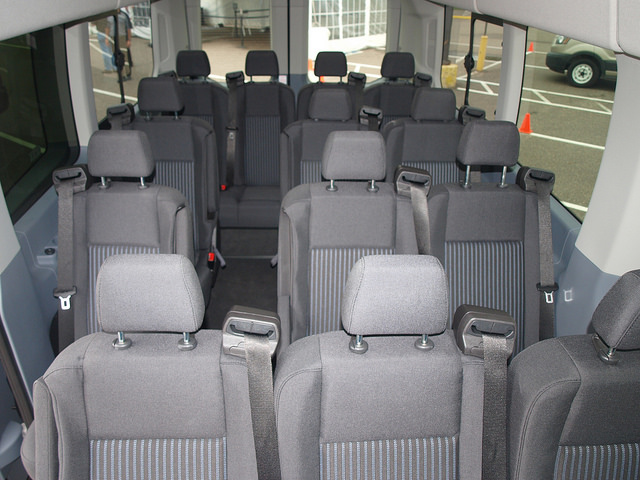 There are a few things that are shared across the Transit lineup. The driver is met with Ford’s Kinetic design behind the wheel. If you are familiar with driving a Fiesta, Focus, Fusion or Escape, then you will be right at home inside the Transit. You could also equip the cab area with power seating, SYNC, MyFord Touch, MyKey and CrewChief – a software suite that monitor vehicle and driver’s metrics for measuring productivity and the bottom line.

One thing that was a concern was steering effort. The Transit has a hydraulic system, but it requires a bit of effort in the turns. My suggestion: Go to the gym and work on your arms. You will need it to master this steering system. Also, the longer the van, the loss of turning radius – if you know how to rudder a long van competently, you got this down. Hey, who says driving work is easy? 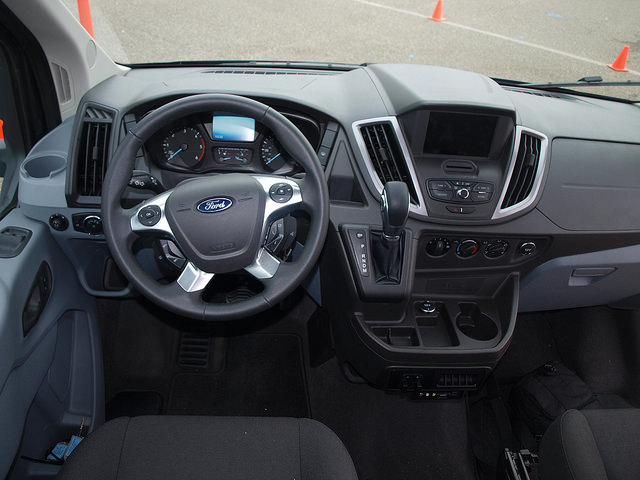 As for the Power Stroke diesel, it is the best engine to choose from. The power is found between 1500-2000RPM and it will respond to your foot, as well as help you manage your haul. Check configurations first before selecting this option. Your bottom line and your accountant will thank you for doing so.

– The Transit is a good van demonstrating that the legacy of the E-Series is in good hands while providing brand new configuration and power options to its customer base.

– The wagon alone is already fantastic thanks to its seating arrangement that will blow travelers in this country away. The Transit should be able to do that quite easily to sustain Ford’s leadership in this segment.

– All it needs are current major customers getting them out on the road and down to business to demonstrate everything the Transit is capable of. That is the easiest job to do for the Transit. 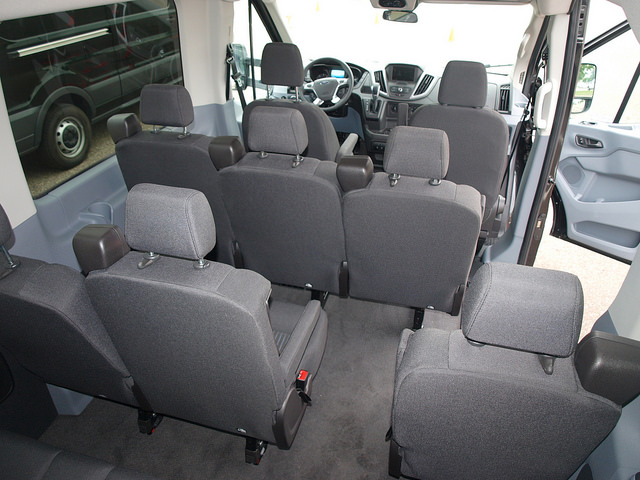