The game has changed. Or, has it?

The past Super Bowl gave Chrysler another banner to fly. This one, spoken by Bob Dylan, ensured us that “Imported from Detroit” has transformed into truth. The Sterling Heights-made 2015 Chrysler 200 was presented as Southeastern Michigan’s weapon into the biggest battle in North America – the Mid-size sedan segment.

The pride in building this sedan shows. The new 200 also changes perceptions about North American cars, especially those in “heart of the market.”

In the process of forming this review, a total of four 200s were driven. At the Midwest Automotive Media Association Spring Rally, a 200C and a 200S with all-wheel drive took their turns in the countryside near Elkhart Lake. A month later, a 200 Limited did a couple of laps within Chrysler’s Chelsea Proving Grounds to look at noise, vibration and harshness, along with extreme handling. To complete the story, another 200 Limited arrived for a real test on a realistic proving ground – the Twin Cities metropolitan area.

Having the 200 on our home turf provided a change to answer some serious questions about the car’s place in the segment and the overall marketplace. Considering the excitement before driving the 200 the first time, has these high expectations been met?

Let us get this out of the way: The 200 is perhaps the best looking mid-sized car on sale today. One thing Chrysler cannot be faulted for is design, and the new 200 delivers. The shape is sleek, curvy and rather elegant. From the alluring front end to its low, but shapely roofline, it exudes elegance along the sides with the scalloped midsection. Everything comes to a rear deck that makes the 200 more distinctive amongst mid-sized sedans. Though muscular, it blends the curves very well.

The Limited model offers a trim level that balances luxury with value. You get enough chrome trim to bring out the luxury side of the 200. This tester had the eighteen-inch aluminum wheel upgrade which gives the Limited an aspirational feel. 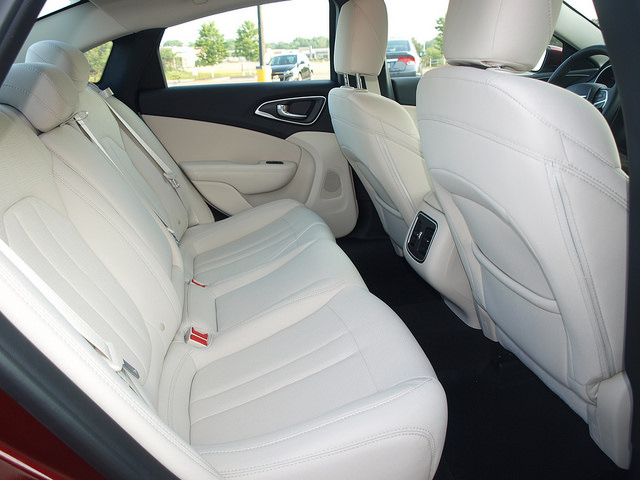 In terms of design, the 200 has the best interior in the class. No matter which trim, the blue-lighted instrument binnacle offers big dials for the speedometer and tachometer. In-between, the Limited offers a switchable screen for trip, economy and vehicle functions that is straight forward and business-like.

In this Limited, the UConnect 5.0 infotainment screen is standard. Though smaller than its 8.4-inch touch screen cousin, the 5.0 offers a lot of the functionality with touch screen convenience. You also get actual button on each side of the screen for main functions. The rear-view camera is integrated in the 5.0 screen. If you wish to have the larger 8.4-inch touch screen, an upgrade to the S or C models is in order.

The center console is the big story. The rotary dial for the transmission is standard, along with an electronic emergency brake switch and other switches placed in a very small area. The upside of this setup is increased stowage space – especially under the center stack.

Though Chrysler is looking to become a mainstream brand, there is still a premium feel in the interior. Even in the volume selling Limited, the cloth seats are sumptuous and comfortable. Tall drivers may have to adjust the seat to clear the A-pillar upon exit. Rear seat comfort and legroom is fine. However, tall passengers may have to watch their heads, as the rear window slope could cut into headroom.

Trunk space is exceptional. The added bonus of a wide and well-designed trunk lid helps in loading in luggage for a week away from home – for at least two people.

The 200 Limited only comes with a 2.4 liter Tigershark four-cylinder engine with Multiair II induction. With 184 horsepower on tap, this engine works well in the 200 Limited. A ZF-designed nine-speed automatic is matched to the Tigershark engine. There is some slight mismatch right off the start, but it smoothly and quickly runs through the gears once under way. We also wished we had paddle shifters for better gear control with this transmission. The 200 Limited only comes with front-wheel drive.

If you choose the S or C model, the Pentastar 3.6liter V6 is available. Combined with a specific nine-speed automatic, it becomes the better performance option to get. On an earlier drive of the 200C with front-wheel drive, the Pentastar felt quick off the line and the transmission matched better through the gears with the larger engine. Plus, you do get paddle shifters and a Sport mode with the V6. 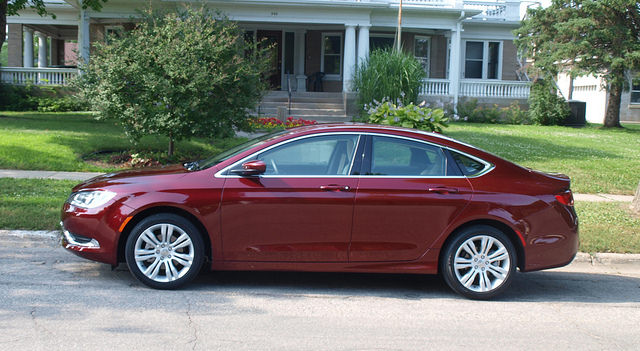 When you get the “middle-of-the-road” and “volume selling” trim level, you would expect just an average ride with some normal driving abilities. The 200 Limited offers a smoother ride. It simply glides on all surfaces and manages bumps and other obstructions quite nicely. When cornering, there is a bit of roll and lean to be felt.

Steering is very good and balanced. It is on the light side for the Limited, but it does respond quite well with a solid turning radius and good on-center feel. Brakes were good, but a bit touchy. Panic stops were short, with an assist with the Anti-Lock system. In the higher content
models, you would expect a better set of dynamics. Both the 200S and 200C exhibited flatter cornering, a balanced ride that neither soft nor firm, and a sharper steering response. 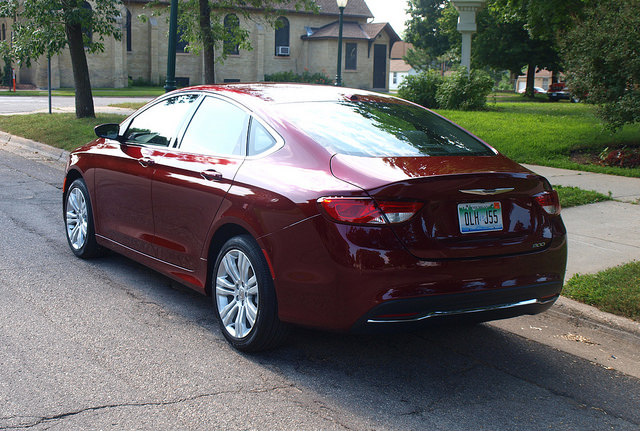 – Chrysler has been rallying us towards their slogan for the 200 – “we made this.” “This” being “America’s Import.” What Chrysler made is one of the most beautiful offerings in its class. They also made the 200 enticing, intriguing and worth putting on anyone’s shopping list.

– Though the Limited will sell the most amongst the four trims available on the 2015 Chrysler 200, it would not be the one I would choose. The Pentastar V6 is a powerhouse that transforms the 200 into a touring sedan. The 200C’s luxury is enticing and quite comfortable – especially when you have leather and the UConnect 8.4 screen as part of the package.

– The new Chrysler 200 arrives at the right time. It gives customers in the “heart of the market” another solid choice to consider. If you were as excited about the 200 when it revealed, do not curb your enthusiasm. One drive may keep up your momentum. 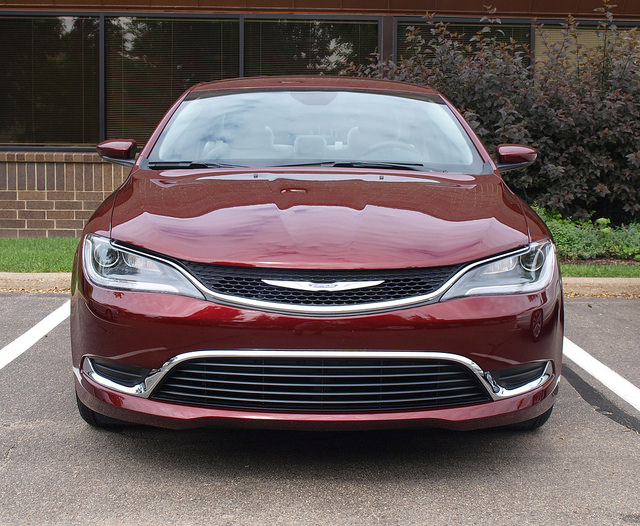