Totally redesigned from the ground up for the 2014 model year, the Acura MDX luxury SUV does bear some resemblance to the previous generation but there is good reason for that. Not only has the MDX been Acura’s hottest seller since it surpassed the TL sedan a few years back but it also still was the best seven passenger luxury family crossover in its price class. Sure, check out a Mercedes GL SUV but good luck getting one for anywhere near the same price. And the BMW X5 may be a lively drive but its third row of seats is so small and difficult to access it may have merely been intended as a perch for small farm animals.

Because where the Acura MDX has really been a unique presence in the market has always been the fact that it is relatively affordable and offers lots of features in each and every trim level. Our mid-line 2014 Acura MDX came with the Tech Package and stickered for $48,565 (this adds navigation, Acura’s ear drum blowing ELS audio upgrade and more) when equipped with the amazing SH-AWD (Super Handling All-Wheel Drive) system. Not only does SH-AWD allow for better wet weather traction, thanks to its ability to apportion torque to individual wheels on an axle it helps to improve dry weather handling and cornering ability as well. Acura does, however, offer the MDX now with front wheel drive only and this reduces the price by $2,000. 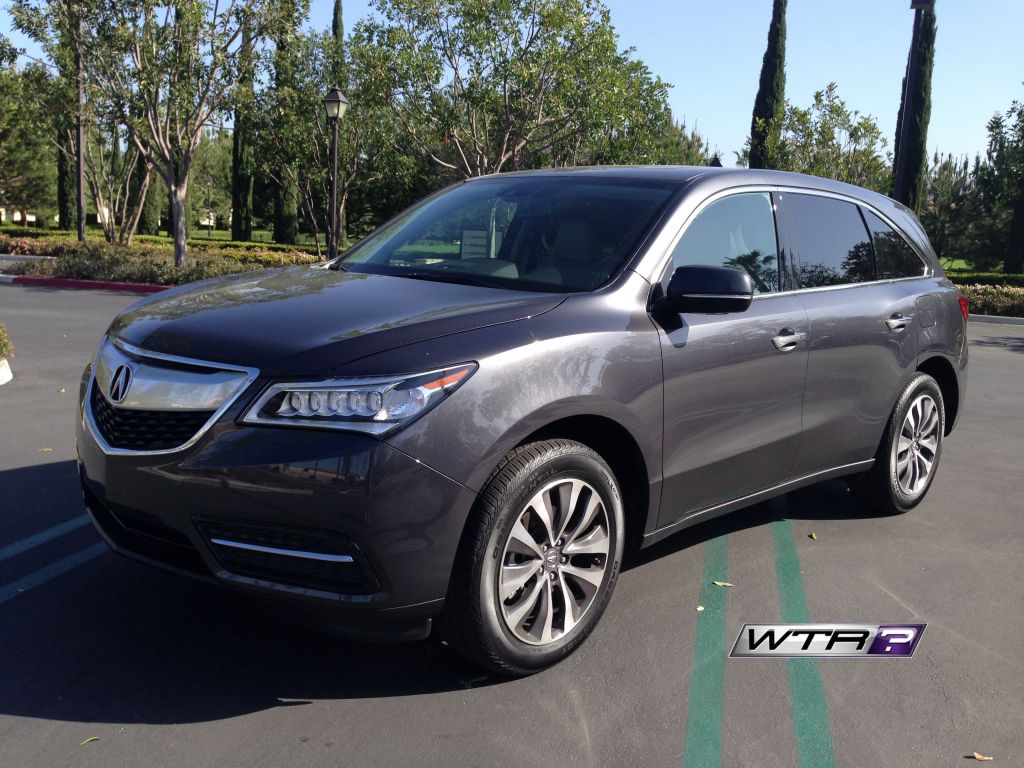 So why do we think you should buy the 2014 Acura MDX? Better question might be why not.

Why the 2014 Acura MDX Should Be Your Next Luxury SUV Ride?

– The center console is so big it can seriously hold an entire purse! Crazy!

– The 3.5 liter 290 horsepower/267 lb. feet of torque V6 and 6-speed automatic offer up easy to access shots of adrenaline increasing power in conjunction with a sporty engine note.

– The MDX looks stylish from all angles, not like it was styled by separate committees