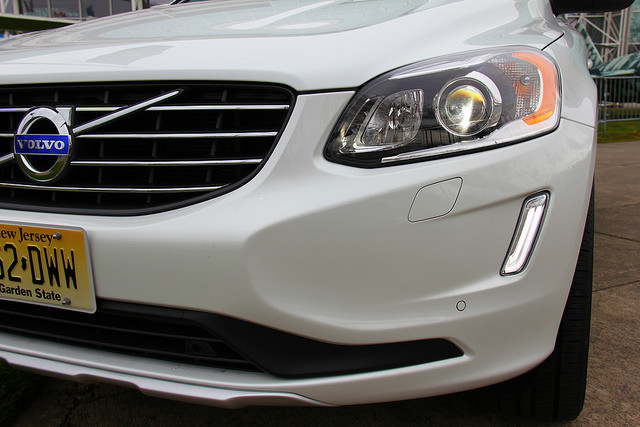 Progressing into the sixth year of its first generation, the 2015 Volvo XC60 continues production in Belgium as a five-passenger, four-door mid-size luxury Crossover SUV. It is the best-selling Volvo through April 2015 with an MSRP of $36,400 although one of the slowest selling in the segment against Acura’s RDX, Audi Q5 and the Lincoln MKC. Nonetheless the XC60 sales are on the rise, up 56 percent over last year at this time.

This record sales jump must be due to the mild mid-generational front-end cosmetic styling refresh of 2014. Along with this year’s massive power train update spotlighting the introduction of three new model lines all with new engines. In total, the five model lineup with four engine choices is the most comprehensive collection of XC60 models ever available.  Buyers now have the option of a super efficient or seductively speedy XC60. 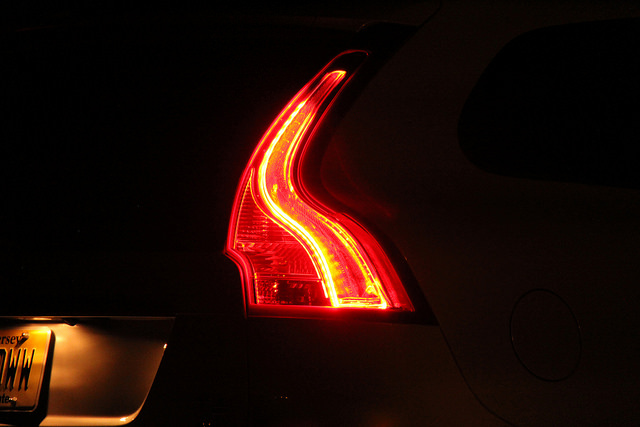 The entry-level editions are the two newest additions to the XC60 line this year. They are the economically minded T5 Drive-E and T6 Drive-E front-wheel drive only models. Each has their own boosted 2-liter four-cylinder engine making for the best MPG numbers in the lineup at 30-31 MPG on highway. The third newest addition is the  most affordable way to attain Volvo’s Haldex all-wheel drive system; order the T5 AWD powered by an all-new turbo boosted 2.5 liter five-cylinder engine.

If you’d like the ultimate in performance from the XC60 look to the top-of-the-line T6 AWD shown in the pictures painted in Crystal White Pearl or the T6 AWD R-Design which are both powered by a thrilling turbo boosted 3-liter inline six-cylinder engines. The 2015 XC60 T6 AWD we are test driving delivers a robust kick from the optional big six-cylinder engine shared with the R-Design while capturing a gentler ride. 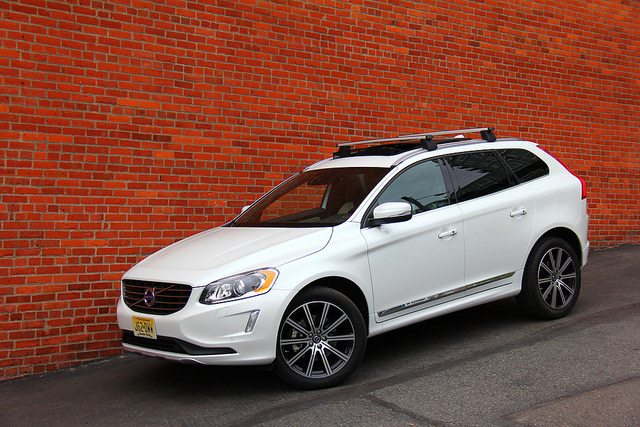 Take a look at our WTR? photographs and you’ll notice the 2014 refresh of the front end has seen through into this model year. Everything in front of the A-pillar has had a revision from the hood, headlight structure, grille, sportwagen styled front fascia, decorative front and rear skid plates have been added as well as a vertically lined set of formal-looking LEDs for the DRLs. This reconstruction of the front end gives the XC60 a modern more fit, classier design it also lifts the brand’s recognition sending Volvos back onto buyer’s lists against the Germans and Japanese. 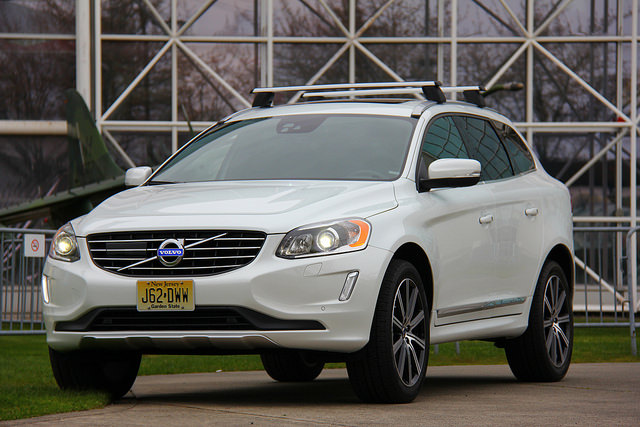 Focusing past the A-pillar down the side is a bold character line taking the most attention with a gorgeous sharp metal crimp sweeping past the wide brawny four-door body. The body’s tightly sandwiched, short side windows coupled with the new low side sill trim accentuates the athletic physique of the profile. The body’s tasteful swept back stately wagon styling is exclusive to the XC60 in the segment and is a genuine advantage over the boxy competition.

Transitioning the XC60 into more of a sport luxury Crossover instead of its previous utilitarian SUV styling has been the game plan for years.  Our Platinum trim test vehicle of the XC60 was a T6 AWD.  There were clear intentions of sport and luxury direction. From first glance the lavishly large 20-inch 10-spoke wheels wrapped in a set of road-grabbing Pirelli Scorpion tires all the way to the gorgeous deep exterior paint colors are examples of that direction. Volvo is showing their Swedish stripes again. They’re on the first steps rekindling their talents under new ownership by Geely Motors as a serious premium/luxury auto manufacturer that delivers modern safety, cutting-edge performance and styling as well. 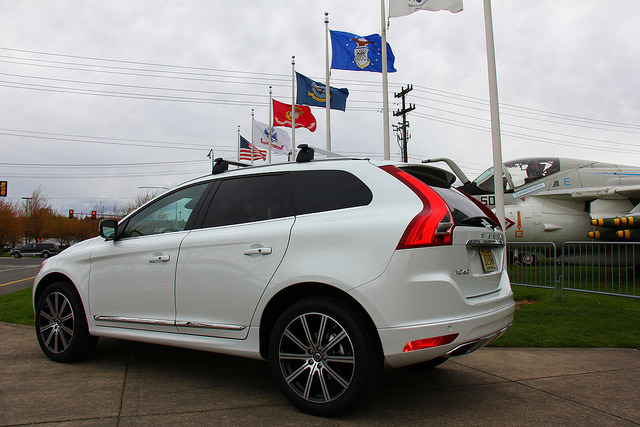 It was clear first driving this XC60 T6 AWD Platinum that Volvo put a lot of strength and rigidity of their steel safety cage unibody platform. Another indication is its heavy curb weight just over 4,200 lbs making it one of the most substantially in the segment. This implies more reinforcement, creating a solid build and better safety.

While piloting the XC60 through the hydraulic power-assisted steering system from the meaty 3-spoke sport steering wheel, I was impressed by the cabin to road connection was so clear but luxurious and insulated. It was invigorating the way I could point the XC60 so easily into a corner and beautifully pull through, not fighting the road but using it. The excellent four-corner fully independent suspension system with a burly strut type up front and a crisply articulating multi-link in the rear. Ride tuned to have supple road feel at low speeds. Close to nine inches of clearance too. 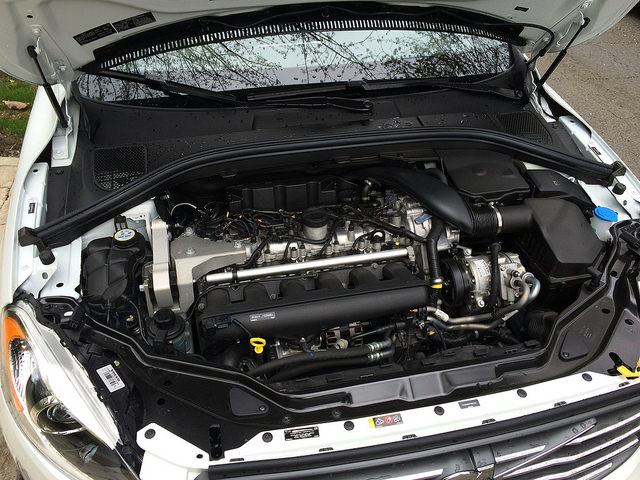 The true star of the car is the power plant. Volvo assembles the T6 AWD with a transversely mounted turbocharged 3.0 liter inline six-cylinder gasoline engine producing a captivating 300 HP at 5600 RPM and a road commanding 325 lb-ft of torque as low as 2,100 RPM all the way to its peak drop off of 4,200 RPM. This turbo like power band is all harnessed with a traditional 6-speed automatic transmission. Driver-adaptive tech with Sport mode and manual shift-ability and a towing ability with 3,500 lbs is standard . It has a 0-60 MPH time of right under 7.0 seconds but that number doesn’t represent that its 7.0 seconds in all-weather conditions. On its 18.5 gallon fuel tank the XC60 T6 AWD will travel roughly up to 444 miles before fill up. That calculates into a MPG rating of 17 city, 24 highway.

Providing active mechanical safety all the time is the XC60’s Haldex all-wheel drive system. This is a front-wheel bias AWD system that offers instant traction by only turning on the rear wheels for power when needed. When it’s needed Volvo throws the majority of the power back there and oh boy does it claw-in well with the electronic limited-slip differential. When I accelerated hard I could feel the power, weight and traction all shift rearward as the car was launched forward. Felt so rear-wheel dominant at times through the paces. This positive traction all-wheel system is always adapting and anticipating for traction and safety. 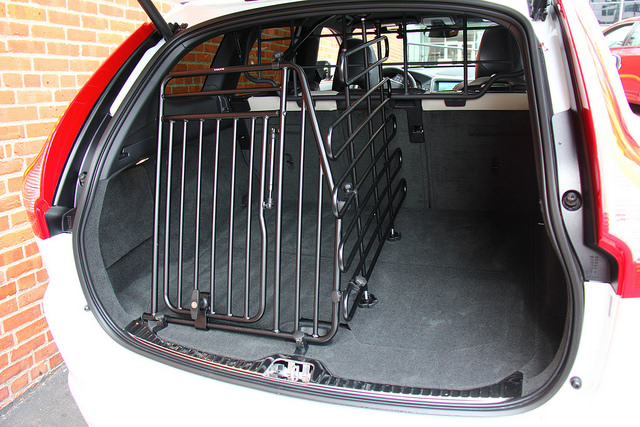 There are three types of seats available for the XC60 and our Platinum edition was fitted with the Sport type mid-grade seats in the off-white and black leather coloring with a white double stitch. The dramatic edgy contrast was just as fulfilling as the comfort level. The heated seat option was on our vehicle and it was a pleasure to have while driving with the big panoramic two-panel moon roof open and blowing in at 60 MPH. It wasn’t a blast air but it was a breeze.

The most noticeable change in the interior is the new TFT adaptive digital display instrument cluster with a big rotary gauge as the big readout with twin bar meters on either side. You’re able to change the look from three different themes from an Elegant theme in black and white, Eco theme in light green or a racy red Performance theme which is the only theme with the tachometer in the big rotary middle gauge giving the driver the most engine information.

In the center stack nestled in the top is a high-definition seven-inch screen that is powered by the Sensus infotainment system. It handles everything from the navigation, vehicle data, owner’s manual and all your sound system needs. Our Platinum Edition is stocked with a 12-speaker Harmon Kardon sound system that was clean and crisp. Connect-ability is perfectly quick when you have already hooked up your Smartphone previously through Bluetooth or USB.

To recap living in this Scandinavian designed greenhouse for a week was honestly relaxing looking at the smooth curvaceous lines with sharp angles. It was so relaxing to drive and be in that atmosphere. Volvo transcends you into a cleaner, more welcoming climate for you and your family and that is why you need to try this ride. 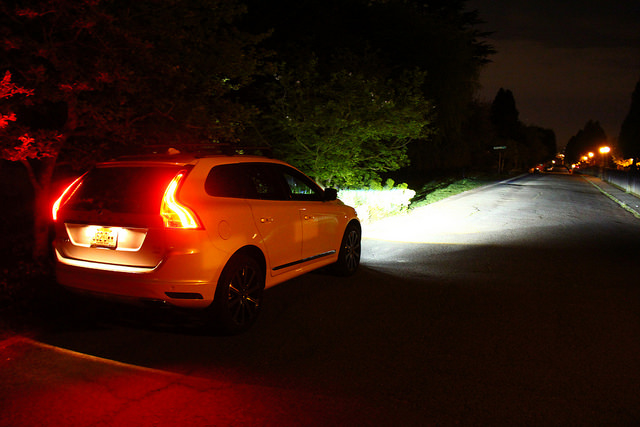