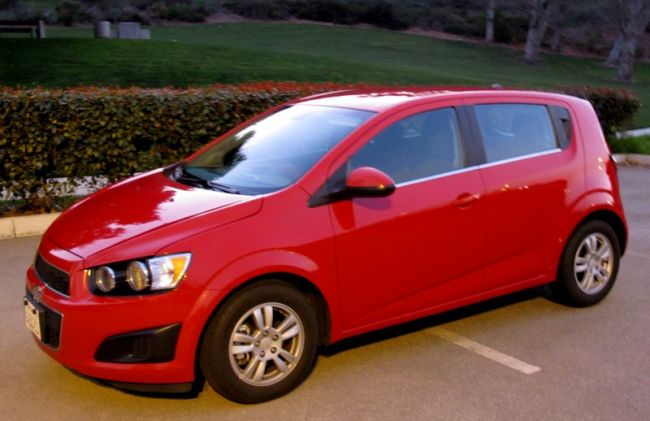 General Motors hasn’t always had the best of luck with building subcompact cars with examples ranging from the Aveo, the Metro all the way down to the good old 1976-mid 1980’s Chevy Chevette/Pontiac T-1000 which may have done more to damage this company’s reputation for building small cars that aren’t built as well as their Japanese competitors. Now, it wouldn’t be an odd occasion to see any Civic on the road, even one of the classic CVCC hatchback models but we are pretty sure you’d be hard pressed to find many Chevette’s from this T-Platform doing much more of anything than rusting out in a field somewhere.

Rust, as well as often subpar build quality, cost cut materials choices and engines that were never all that frugal and always rather loud and unpleasant to the ear. For cars like this and the Ford Pinto they invented the term “subcompact penalty box,” with that term sometimes fitting nicely to models like the admittedly reliable Nissan Sentra. But with the bankruptcy of General Motors, a new car company truly did arise from the ashes as this Sonic subcompact (available as a sedan or hatch) not only became a worldwide sales hit for Chevrolet but is also the very first financially profitable small car that the monolithic automaker has ever built in its history. 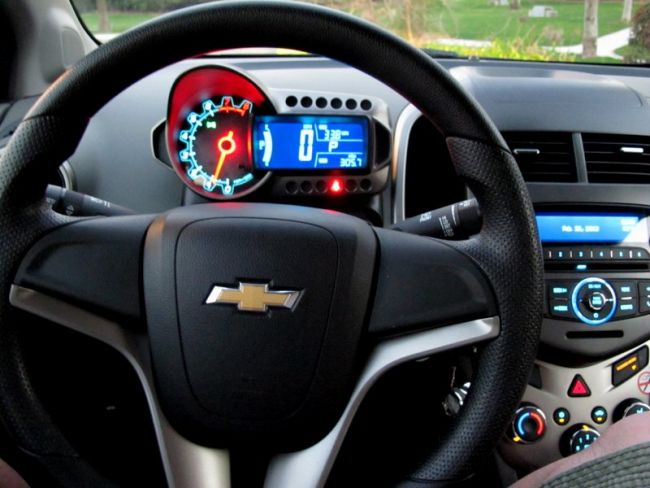 How that happened was one part Governmental pressure due to GM’s earlier bankruptcy and the UAW (United Auto Workers Union’s) desire to keep the North American plant that builds these fun to drive and aggressively stylish small cars due to a work sharing agreement of some kind. Now, we won’t focus on UAW bylaws so instead we will tell you Chevy even gave the car a stylish dashboard using a motorcycle’s minimalist gauges as inspiration for the speedometer/tachometer and other secondary controls. The result is mightily impressive when compared to the usual class standards.

Living with 2015 Chevy Sonic LT for a Week

Our test LT model stickered just a couple hundred dollars above $18,000 but came with a six-speed automatic transmission, a zesty and eager 1.5 liter turbocharged 138 horsespower/148 lb. feet of torque 4-cylinder motor, 15-inch alloys, Bluetooth, USB-Audio, a nice sounding 6-speaker AM/FM/CD system as well as for an extra $200 we added Chevy’s brilliantly simply MyLink system. Not only does it add a large 7-inch color screen for all your infotainment needs including the ability to utilize a navigation function through it for about $50 additional dollars. Good luck finding that offer anywhere else. 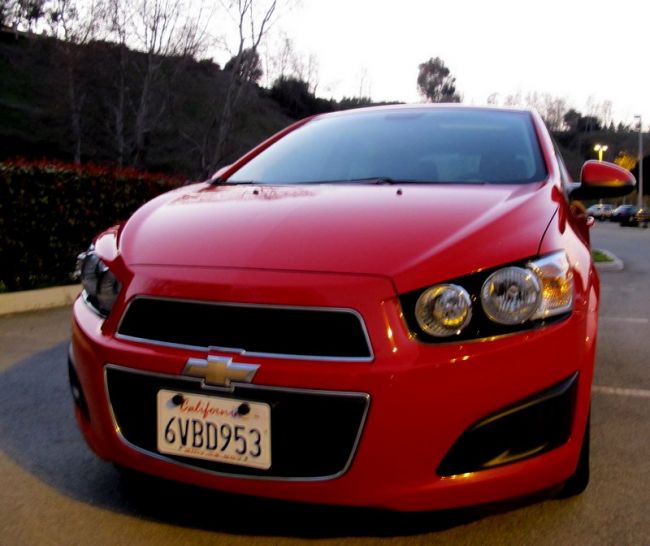 Of course, this new Sonic LT we drove also came with our expected cruise control, power windows, air conditioning, keyless entry and much more. But what really struck us most was how tightly and carefully built that this vehicle felt, almost as if it knew there were mistakes to be made up for in the past. Well, Chevy, you really didn’t need to but in the Sonic you created a true contender for class leadership. Frankly, we’d drive by that Fiesta on that other dealer lot and buy a Sonic. Well, okay, we are irrational and would of course buy the sportier Sonic RS with sporty suspension, 6-speed manual and look of overall hooliganism. 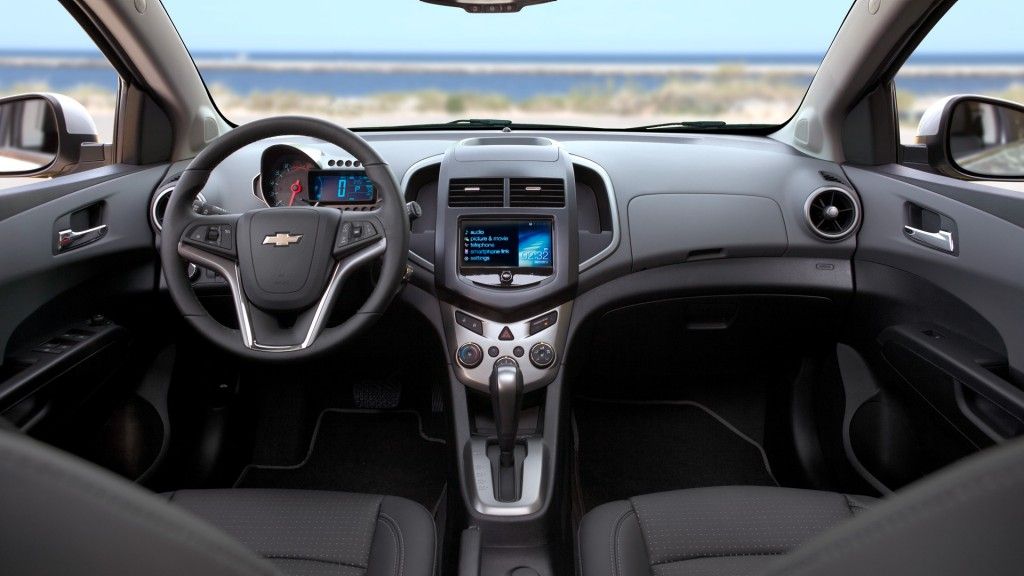 – Chevy’s My Link System is Awesome. Awesomely easy to use.