Humans have a funny habit of going to utter extremes when they feel the majority opinion is that what they are thinking of doing is not only impossible but possibly a bit insane too. This could be said of Ford’s recently retired leader corporate savior Alan Mulally who came into his leadership position at the Blue Oval right when the common thinking was that there was no way the (at that time) recall kings of Detroit could ever survive an economic depression that forced GM and Chrysler into Bankruptcy protection thanks to a crazy survival plan Mr. Mulally began implementing well before that particular economic nosedive.

So what was it that Mr. Alan Mulally did? Well he used the credit that at that times banks were loaning out so generously and borrowed against every asset the company had (even its logo, apparently) then sold off Jaguar, Land Rover, Mazda and Aston Martin and funneled all of that capital into designing, engineering and building desirable all-new cars and trucks that also boasted never before seen technologies or at the very least branched out into a number of concepts we are pretty sure Chrysler and GM hadn’t heard of at the time. Things like Ford’s seat belt mounted airbag that can keep you from “submarining” or sliding under a loose seatbelt—this problem kills far too many people each year so the Blue Oval is trying to get its competitors to adopt the technology. 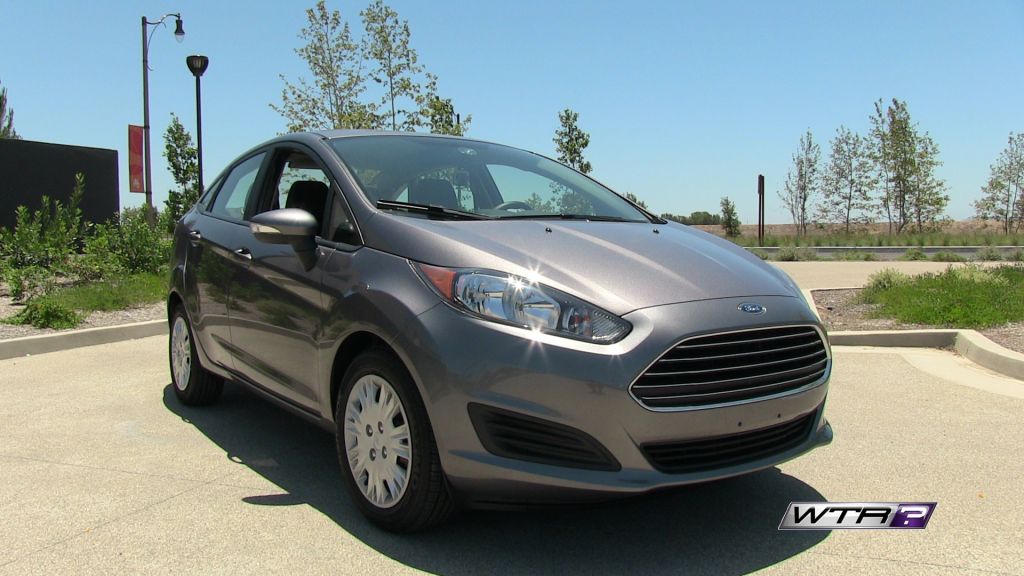 So What’s It Like to Drive the 2014 Ford Fiesta with a 3-Cylinder Engine?

Now, no one refers to Ford as “Old Ford” and “New Ford” but the idea of a carmaker giving away its own idea to keep people safe sounds pretty new to us. But that is far less revolutionary than the new 1.0 liter 123 horsepower/125 lb. feet of torque inline 3-cylinder motor with direct injection, turbocharging and twin variable cam timing that Ford introduced in the 2014 Fiesta and is now so confident in its abilities it will soon power some Focus models starting model year 2015. Always remember new model years can start whenever a carmaker wants it to so if you want a Focus with the 3-cylinder EcoBoost, we doubt they will make you wait long since it is already a big seller in Europe.

But we aren’t here to mention the Focus, no, it’s baby brother the Fiesta still does impress as always with its highly communicative steering and ability to feel stable and grown up even at LA Freeway speeds. That was no surprise to us nor was Ford’s choice to initially only sell models with this tiny yet mighty motor with a five-speed manual gearbox and no automatic option.

But back to our last thought which was that you can trust us, the self-shifter in this Fiesta mated to the most stall proof engine/clutch combo in history, totally cleared up why it always seems like Europeans learn to drive in Ford Fiestas. Now we get it and it must be the reason why so many of them still drive stick shifts to this day in clogged city centers far worse off than LA even in traffic. Frankly, the 2014 Ford Fiesta would be the perfect first car for someone who has never owned a car without an automatic before and even first time drivers/a.k.a teenagers as the Fiesta has a terrific balance of being fun to drive yet not fast enough to let those with poor judgment at times (a.k.a—teenagers) to get in trouble.

The last thing which amazed us was hot smooth the EcoBoost 3-cylinder is because from prior experience we have never had to double check if the engine was on in the Mitsubishi Mirage which also has a 3-banger. And lastly, the EPA recently adjust the Fiesta’s fuel economy estimates by a number in one of its cycles so according to the Government the Fiesta 1.0 liter should return 28 city/36 highway. Sure, we wish that Ford would offer this Ecoboost 3-cylinder in more trim levels and allow it to be equipped with the new 2014 center screen where you can add navigation and the amazing Sony audio system upgrade.

So, having seen our fair share of cars with EPA estimate issues we took it upon ourselves to prove just how true the “EcoBoost” term is for Ford’s line of smaller turbocharged motors by using an exact electronic scan tool that monitored our mileage averages over the course of each tank of gas and each trip taken. Now, this little experiment we performed to test out the validity of “EcoBoost” is in no way way scientific nor was Ford involved in any way. We just realized this little engine that could had two settings it enjoyed operating within—either “ECO” or most definitely “BOOST.”

With one tank of gas we will be honest that we drove the Fiesta like it encourages you to drive—foot to the floor, reveling in each smooth gearshift and putting the window down just to hear the odd staccato from the 3-cylinder as it approached redline still with a level of refinement we found uncanny. That was our “BOOST” fuel economy cycle. For the next tank we still moved with the flow of traffic but we practiced restraint from stoplights, used Ford’s dash upshift light as a bit of a drive guide with our only rule being that we never allowed ourselves to get passed by a Toyota Prius. Hey, this is Southern California that can be harder than you might think! Our test resulted in 20 miles per gallon Boost/34 miles per gallon Eco which means the 2014 Ford Fiesta with this little wonder of a motor really can be fun OR frugal.

– The engine can be economical or quick and fun depending on your mood or needs
– A terrific and rather idiot proof standard 5-speed manual transmission
– At just a bit over $17,000 as tested, the Fiesta makes a smart first new car buy
– Its steering feel and handling abilities even on tires made for economy was impressive
– If you pick the hatchback people might assume you are from Europe and therefore smarter

Check out the video review of the 2014 Ford Fiesta SE Sedan 1.0 liter 3-cylinder EcoBoost sedan above.