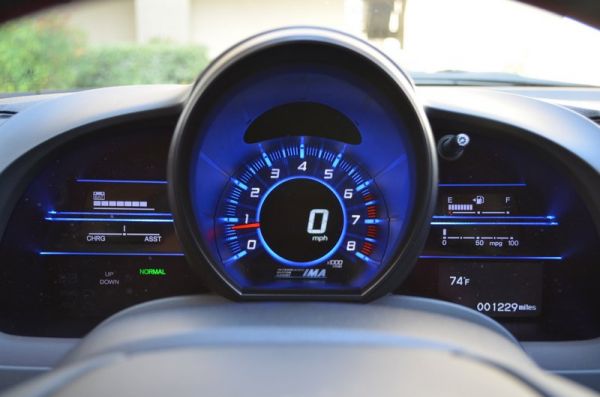 Rumors of the 2015 Honda CR-Z’s demise have been greatly exaggerated many times over by the motoring press over the course of its rather controversial lifetime. Honestly, who in their right mind would think to build a sporty, two seat hatchback hybrid powered coupe that’s available with a six-speed manual transmission. No other hybrid offers one and although buyers of the CR-Z surprised Honda with a high take rate, don’t hold your breath for a manual gearbox in a Prius any time soon.

Styling of the Honda CR-Z, what with its origins so obviously liked to the classic CR-X, has never been in question as it looks sharp in any color. Even the teal hue of our tester. On a recent Saturday afternoon we were stopped four times as we were entering our 2015 CR-Z and half of those people asked when Honda was going to release a non-hybrid variant.

So while we had plenty of fun driving our six-speed manual transmission equipped hybrid CR-Z, we could easily see that the chassis could handle a lot more power. Actually, it sort of cries out for it given how many giggles we got out of taking corners in this itsy-bitsy two-seater around tight corners.

The steering is also simply divine in the manner in which it carves tight apexes as sharply as the Ginsu knives of old. Admittedly, you do have to wring the neck of the current 1.5 liter 4-cylinder hybrid powertrain to get the most out of the CR-Z but given how pleasurable it is to use the six-speed manual that is no bad thing.

Power readings from the electric/gas motor together come to 130 horsepower so it’s no surprise that the 2015 CR-Z returns 0-60 times in the 9 second range. However, from stop lights and in around town traffic this little Honda has no trouble keeping up with the cut and thrust of daily commutes. In fact, the 2015 Honda CR-Z’s hidden talent is that it makes an ideal long distance cruiser.

We took our CR-Z on a long weekend road trip to San Diego and were amazed by how smoothly it rode on the freeway given its minute dimensions. Engine, tire and wind noise were also easily drowned out by the 360-watt 7-speaker audio system which also featured a neat subwoofer built into the back of the surprisingly spacious 25.1 cubic foot cargo area.

The only problem with the CR-Z is that it is so small and low to the ground that drivers of giant SUVs can’t always see as you are trying to merge. But that is more an issue with their design and not that of the CR-Z. Freeway crosswinds also never upset this hybrid Honda and the steering tracks straight and true along long stretches of freeway. So if you are looking for a semi-sporty, efficient commuter the 2015 Honda CR-Z is an excellent choice.

We averaged 34 miles per gallon over our week with the CR-Z and that is excellent considering we always had the vehicle in Sport mode. Normal mode works decently for around town driving but ECO mode blunts responses to such a degree that it reminds you of watching a drunken celebrity try to stumble out of some trendy LA bar with his friends. Not enjoyable. 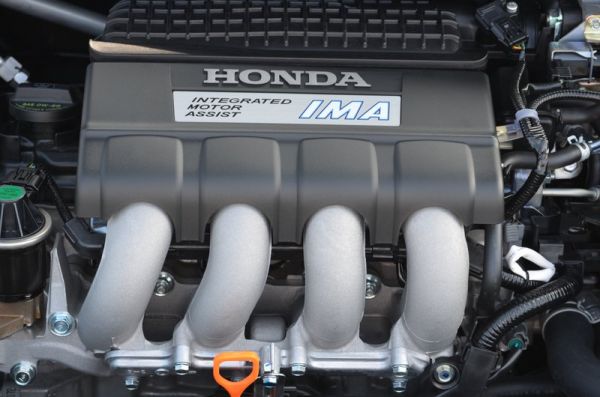 If you are looking for the spiritual successor to the old Honda CR-X Si of yore then you will be sorely disappointed by the CR-Z. Having driven a 1985 CR-X Si on the freeway, however, we much prefer the thicker doors, reduced noise and added safety features found in the 2015 Honda CR-Z. Sometimes it’s best to leave classic cars in the past where you can continue to look upon them with rose colored glasses.

The 2015 Honda CR-Z is fun, agile, comfortable and truly affordable at $23,490 for our top of the line EX model with navigation. It returns fuel economy readings in the 30’s, has a terrific six-speed manual transmission and in EX trim boasts luxuries like Bluetooth, USB/iPod integration, automatic climate control, 16-inch alloy wheels and even HID (High Intensity Discharge) headlamps.

And while Honda hasn’t announced if the CR-Z will have a 2016 model year or be redesigned, one thing remains certain. This is a Honda coupe that people will definitely remember due to its overall conceptual daring and very unique capabilities for such a small car. But still signs like the termination of CR-Z sales in Europe don’t give much hope for the car’s long term future. 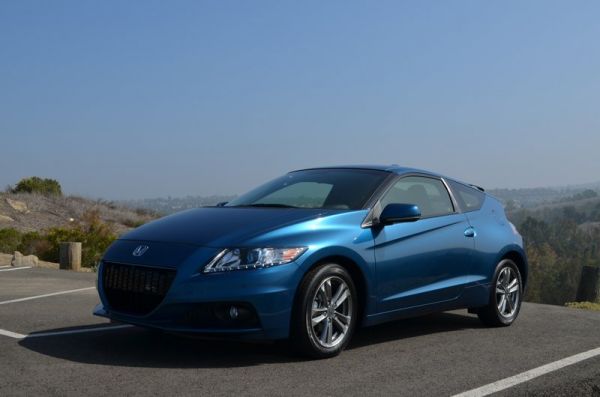 Another change that may signal it’s the CR-Z’s final year on sale comes from the fact that for 2015 Honda is no longer offering the optional dealer installed HPD supercharger/ultimate sport hybrid package. Only 500 CR-Z HFP (Honda Factory Performance) models were sold as parts were estimated to run about $4,600 prior to installation which pushed the purchase price of this CR-Z on steroids well above $30,000. But if you find a used one out there, the Honda warranties remain valid and you get a supercharger which pushes power to 190 horses, a handy limited slip differential, uprated brakes, uprated clutch, performance suspension bits, sexier 18-inch alloys as well as some modest spoiler for the exterior.

Too bad Honda didn’t offer a performance version from the factory when it launched along with the hybrid. Then this car wouldn’t be a unique footnote in the history of Honda and hybrids but rather a true successor to the CR-X which is a car the likes of which we shall never see again. But the CR-Z with the manual did a nice impersonation.

– Only hybrid available with a six-speed manual gearbox

– Exterior is stylish and interior is comfortable for two 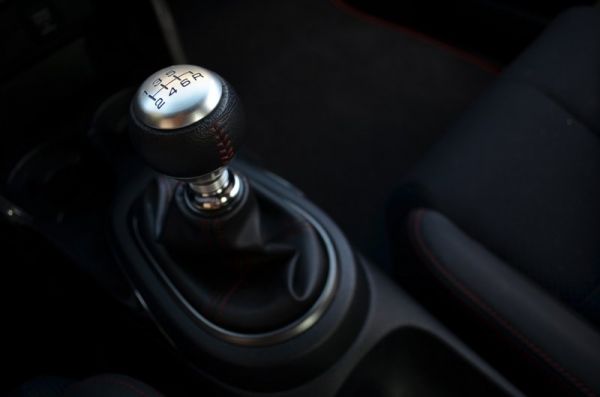