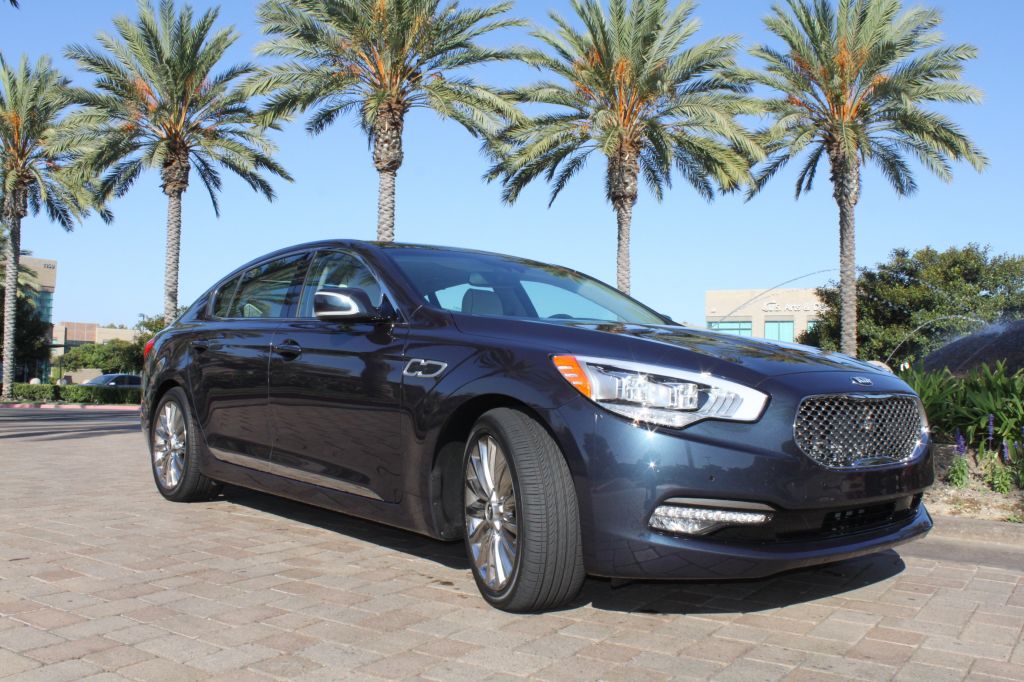 The 2015 Kia K900 ultra luxury sedan broke into the national consciousness last Super Bowl Sunday when, in an ingenious ad where Laurence Fishburne reprised his role of Morpheus from “The Matrix,” literally blew the doors off of the competition as he rode in the back seat of the car as it drove down a city street. While the ad no doubt cost a pretty penny, we got its point loud and clear. While Kia may not be known for its luxury cars (especially those costing $65,500 as tested), in many parts of this country BMW’s, Mercedes, Audi and Lexus models are as commonplace as zebras in the Serengeti.

So what should you do if you want your luxury purchase to get noticed and actually make a statement other than the fact that you utterly and totally lack any imagination when it comes to the car you drive? Well, much as in the Matrix, if you take the red pill and experience a form of luxury in the K900 not seen since the very first Lexus LS debuted with such a huge splash back in 1989. Yes, it’s that good and to our eyes it is so affordable compared to its competition that it may be Kia’s biggest bargain yet.

So, as Morpheus said so memorably in “The Matrix,” let’s go down the rabbit hole to find out where the truth about the 2015 Kia K900 leads in regards to the state of the modern luxury sedan. The answers may surprise you.

More so than even corporate brethren like the Hyundai Genesis Sedan and Hyundai Equus, the interior of the 2015 Kia K900 simply oozes rarified comfort, style and the utmost in high quality materials choices. The leather seating is truly sumptuous and lines the doors wherever you usually touch and the headliner is made of such soft velvet-like fabric that you could easily paint a portrait of Elvis on it. That is, if that wouldn’t totally take away from the fact that Audi charges insane prices for fancy headliner material like this. 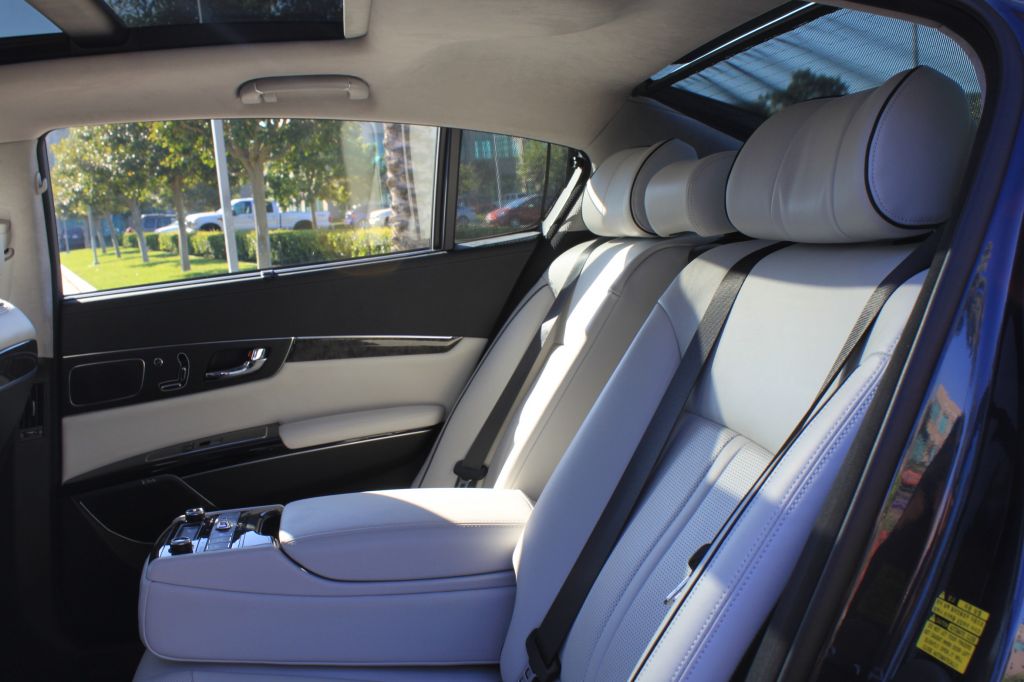 In South Orange County where the offices of WhyThisRIde.com are based, people barely lift their head when they see even Bentleys or a Lamborghini but from the second we got the keys to the 2015 Kia K900 it attracted lots of attention. In fact, before we took our first drive we found four people standing around the car waiting to talk about the new talk of the neighborhood. And seriously, we only went back inside to get our sunglasses and iPhone. We weren’t gone long.

They wanted to know how much the K900 cost, they all asked to sit in it and were overwhelmingly positive about the reclining rear seats with lumbar support, ventilated rear seats and power rear sunshade that all come as part of the $6,000 VIP Package. Apparently it made people feel like celebrities when they rode in back. That is the only option available with the 2015 Kia K900 as 19-inch chrome alloys, a 5.0 liter 420 horsepower V8, an 8-speed automatic, 3-zone climate control, panoramic moonroof, navigation, blind spot detection, heated and ventilated front power seats, LED headlamps, “hydrophobic” front windows that repel rain, a power closing trunk, Bluetooth, a Lexicon 7 audio system upgrade, truly convincing wood trim, a head’s up display, a surround view camera system for backing up, parallel parking and even to use to make sure you don’t kerb those alloys in a narrow drive thru at Carl’s Jr. 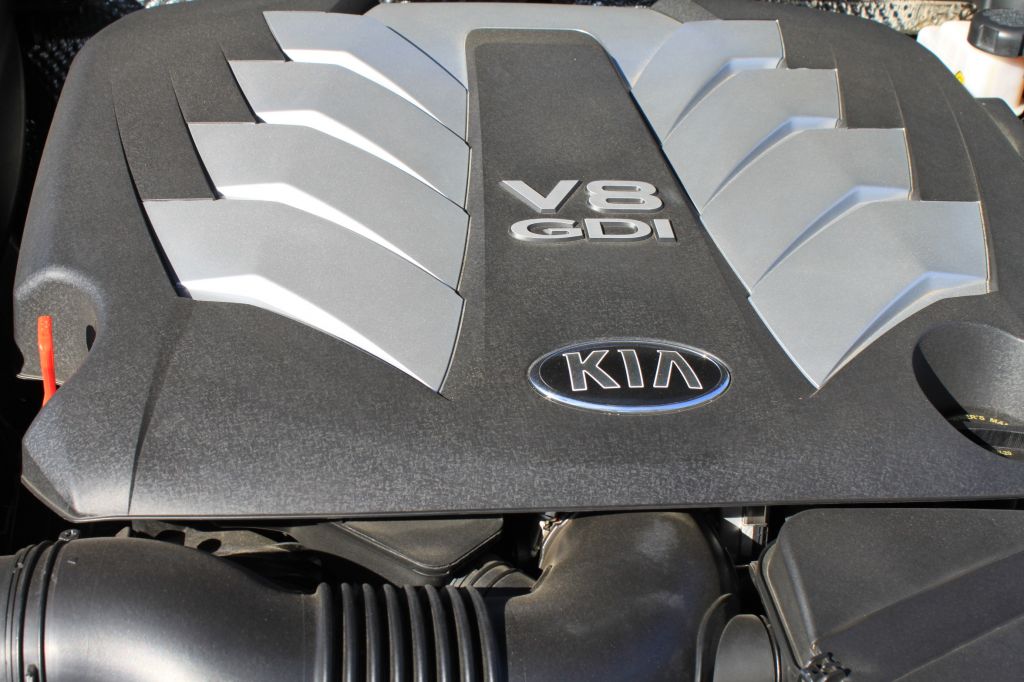 Now that may sound like a lot of tech and therefore a very difficult to get along with interior replete with too many buttons, knobs, touch screens and driver distractions. But somehow Kia managed to keep the dashboard ergonomically friendly while ensuring all controls were within easy reach or could be read at a glance. The optional heads up display worked very well as it not only told you of your speed but also notified you of vehicles to your right or left outside your field of vision. No need to turn your head anymore! Now that’s luxury. And we can see why Kia was brave enough to put its logo proudly onto this very impressive luxury sedan. 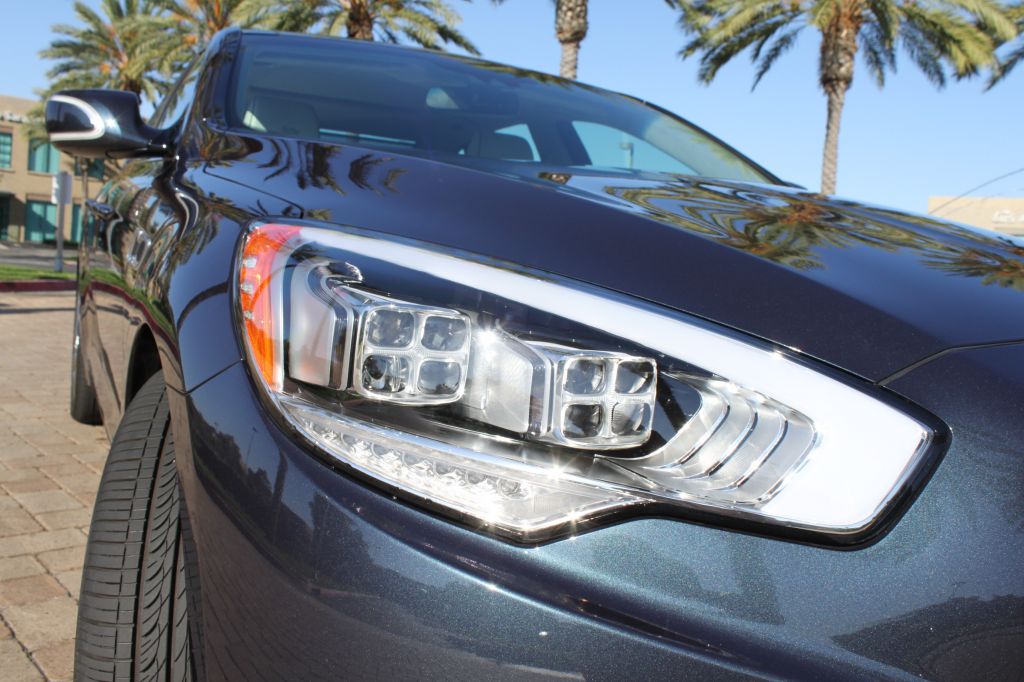 Driven in isolation, the 2015 Kia K900 could very easily feel like all of the luxury sedan anyone could ever want at a bargain price. It cruises serenely, the interior is comfortable, the 5.0 liter 420 horsepower/376 lb. feet of torque V8 makes all the right growling noises at redline but there is a sportiness aspect that you might find missing comparing it to a competitor. Now, not everyone wants to drive a BMW or Audi which can be on the harsher side of sporty. The Lexus brand with its serene, tomb-like refinement and lack until recently of any attempt to excite the driver proved that.

Granted, the K900 is nicely responsive for a vehicle this size but the steering is light and the suspension did not feel quite as buttoned down as a 2015 Acura RLX that we road tested the week after. Sure, the Acura was down on power compared to the Kia but when driving the Acura you felt more in control as if the driver and not the rear passengers were of the utmost consideration during the engineering process. Still, the 2015 Kia K900 shows how quickly and steadily this South Korean brand is improving when it comes to creating engaging, fun to drive models.

The K900 could have truly been a car that rocked the luxury car market to its very foundations had it managed a little bit more driving finesse but as it stands we can do nothing but whole-heartedly recommend this ultra-luxury sedan as one of the smartest buys of the year. You try to find this much car for $65,000. You can’t and you won’t. 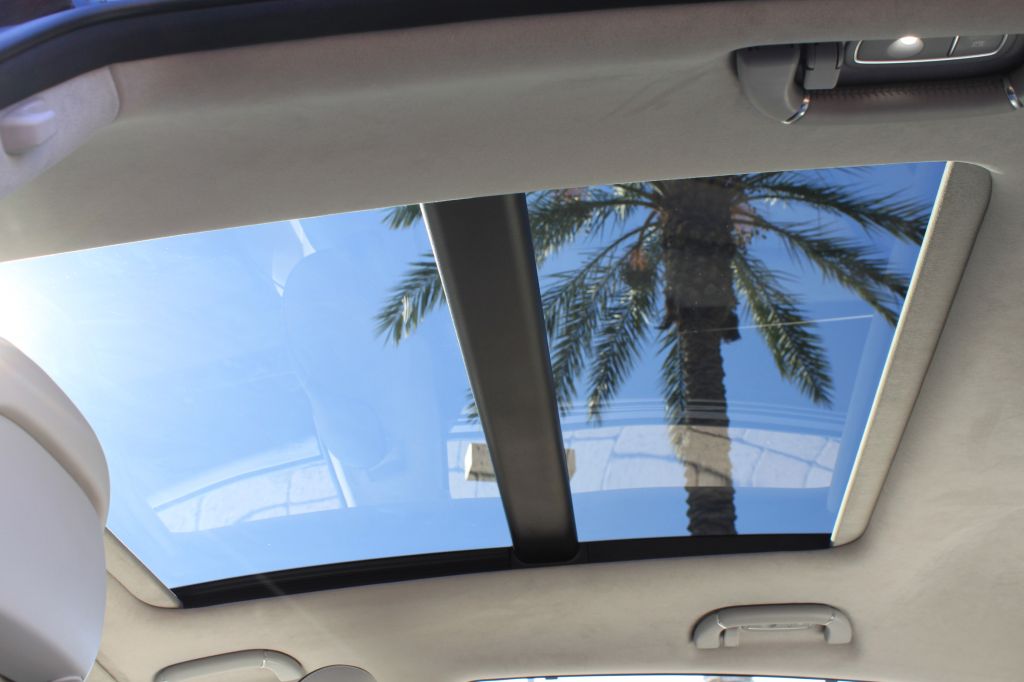 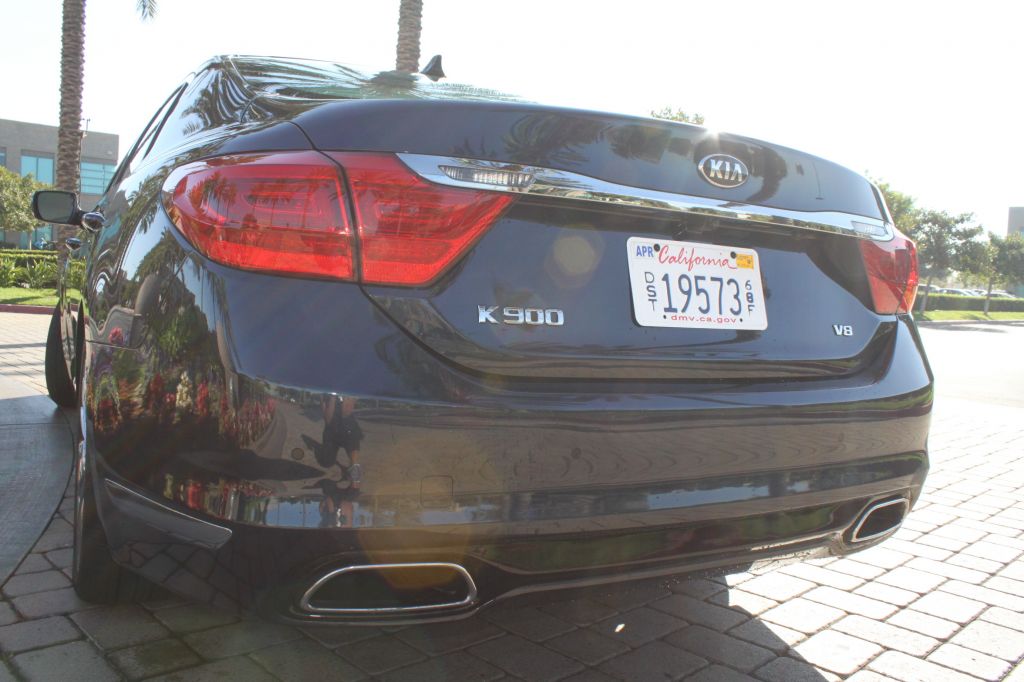 – If you love gadgets, comfort and a relaxing drive this is a great choice

– The 5.0 liter V8 is an addictively powerful yet smooth beast that works well with the 8-speed automatic

– Yet another sexy Kia, inside and out