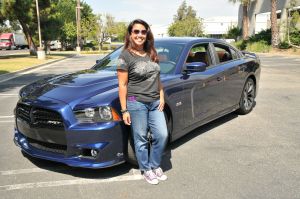 With a lifelong passion for both cars and multimedia, MaryAnne produces and edits WTR episodes and posts, in between interviewing fun people about their cars and attending car events. When she’s not writing, shooting or talking about cars, she takes care of her husband Jim and 2 daughters Marissa (13) and Jessie (7). MaryAnne not only road tests cars, she drives her kids everywhere from karate lessons, voices lessons, auditions in Los Angeles and carpools Marissa to OCSA.

With over 20 years experience in marketing and business development, Jim handles strategic content partnerships, advertising and other marketing matters. He also has mad writing skills and contributes to WTR. 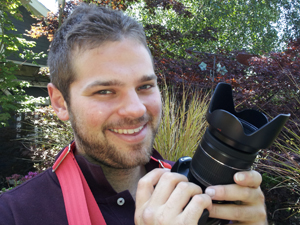 Arison’s story began in rapidly evolving Seattle, Washington in the 1980’s. From a young age he gained his automotive experience working in the family business; our nation’s first and oldest personal automotive consulting and buyer’s service, AutoAdvisor Inc. Throughout working as a research car consultant he built a foundation of learning people and how cars can fit with their lives. That is his strong suit, the human to car interface. Over the last decade he harnessed his voice contributing to small print and national online news outlets reviewing cars. Today, his automotive passion has sprung into the love of all things involving motion from shoes to drones. He is an active member of the Motor Press Guild and is ready to share his expertise with WhyThisRide. [ Arison’s Page ] 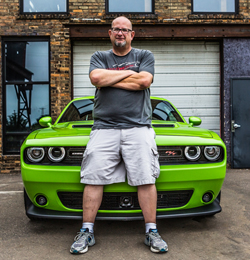 Daily Driver: Whatever he is driving that week or car2go
Dream Car: We do not have all day to explain each one…

Randy is a versatile freelancer with a resume of experiences related to blogging and automotive writing. His first published piece of automotive writing dates back to 2001 when commenting on subcultural stereotypes of auto ownership. Since then, his work has appeared on CarSoup.com’s Buyers Guide, Lavender Magazine in Minneapolis – St. Paul and on his own site – Victory & Reseda. You can find Randy trolling car meets in Minnesota and Wisconsin from Spring to Fall or covering auto shows and other related events professionally. He is a proud member of the Midwest Automotive Media Association. [ Randy’s Page ] 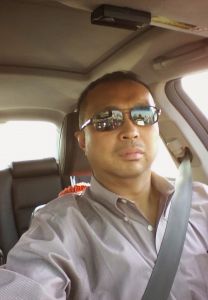 Writing professionally for over two decades, Joel Arellano has covered a variety of fields including aerospace, finance, medical and telecomm. It was during a stint at Autoblog and Autoblog Green that ignited his love of all things vehicles. Since then, he has written for autointhenews.com, automotive.com, earthTechling.com, motortrend.com and trucktrend.com. He’s excited to be a contributor at Why This Ride and looks forward in sharing his views on vehicles. Joel is a proud member of the Motor Press Guild. [ Joel’s Page ] 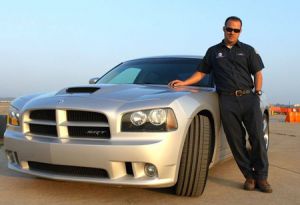 Adrenaline, Horsepower and Thrills have always flowed through his veins. Adam loves the after market space. Performance parts, power train builds, suspension mods, brake upgrades and body kits all catch his eye. Domestic, Euro and Import, modern to classic, Adam appreciates ’em all. Adam’s passion for performance and handling, is balanced by an affinity for safety and economy. In his free time he loves traveling with his family, SCUBA diving, skydiving, surfing and attending car and air shows.